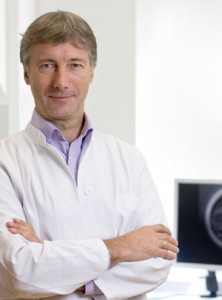 Markus is actively involved in counseling IVF centers all over the world and in educating young people in the field. Due to the growing need for education, training and counselling in IVF he decided to found his own company ilabcomm, dedicated to serve those who like to start from the beginning or who want to improve their overall performance.

Markus obtained his PhD at the German Cancer Research Centre where he worked in the field of cell and developmental biology. He then joined the National University Hospital in Singapore as a post-doc and worked with Prof. SC Ng, the “father” of the first SUZI baby.

Markus has published more than 200 papers, including more than 130 peer reviewed articles and more than 25 book chapters. He is actively involved in counseling IVF centers and educating young people in the field worldwide. His main activities include time-lapse imaging, ovarian tissue freezing, oocyte activation and biopsy. He is a co-founder of FertiProtekt, a fertility protection network in Germany and he also established the largest cryobank for ovarian tissue worldwide at the University of Bonn, Germany.